ANU College of Asia & the Pacific

Our people are from a range of academic fields across ANU, as well as other universities in Australia and Malaysia.

The Director of the Institute is Dr Ross Tapsell, Lecturer, Department of Gender, Media and Culture, ANU College of Asia and the Pacific. Ross’ main research interests focus on new, digital technologies and their relationship to culture, nationalism, media, and politics in Southeast Asia. His ongoing research interests focus on the changing information societies of the Asian region and how this affects freedom of expression, media freedom, political participation and elections.

Dr John Funston, is a Visiting Fellow in the Department of Political and Social Change, College of Asia and the Pacific, ANU. He was previously Associate Director (2002-2004) and Executive Director (2005-2007) of the National Thai Studies Centre, ANU. He has worked on Southeast Asian politics, particularly Malaysia and Thailand, for over four decades, including fourteen years in the region, at the National University of Malaysia (1972-1976), Brunei University (1986-1989), and the Institute of Southeast Asian Studies, Singapore (1997-2001).

Ying Xin Show, is a postdoctoral fellow at the Malaysia Institute of the School of Culture, History & Language at the Australian National University. Prior to this, she worked in Taiwan and Malaysia as a researcher, translator, editor and journalist. She has a broad interest ranging from Asian history, movements and literature in the 20th century to contemporary politics and society, on which she adopts a decolonial lens to examine the formation of the subjectivity of individuals and modern nations. At the moment, she focuses specifically on Sinophone/Chinese Malaysian literature, gender and leftist history in the region and the shadow of the Cold War.

Assoc Prof Greg Fealy, is a scholar of Indonesian politics and history, who specialises in Islam. He has written extensively on the politics and culture of major Islamic parties and organisations such as Nahdlatul Ulama, PKS and Hizbut Tahrir, as well as jihadist groups. He has received two ARC grants to study religious commodification and Indonesian terrorism. He has a particular interest in Islamic political doctrines, Islamisation processes and the role of religion in democratic systems.

Dr Mary Kilcline Cody, is an historian in the School of Culture, History and Language in the College of Asia and the Pacific. Her doctoral dissertation The Trial of Mrs Proudlock: Law, Government and Society in British Malaya, 1911 is a literary and forensic deconstruction of a sensational murder trial that rocked the outwardly staid world of colonial Malaya one hundred years ago. See article in The Canberra Times about this research. 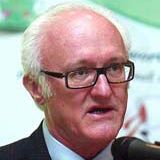 Dr Amrita Malhi, is a Visiting Fellow in the Coral Bell School of Asia Pacific Affairs at The Australian National University. Amrita is a Historian of Southeast Asia, with a primary interest in Islam, shifting identities and identity conflict in colonial Malaya and contemporary Malaysia. Amrita is working on a book on the allure of the Caliphate in Southeast Asia with a focus on a remote uprising in Malaya in 1928, and some of her work on this topic has been published in the Journal of Peasant Studies, The Muslim World, and an edited volume published by the British Academy. Amrita is also a regular public commentator on Malaysian politics, and her work appears on New Mandala, East Asia Forum, Inside Story and The Conversation. In 2015, Amrita convened a public policy outreach and development workshop called InterculturAdelaide with the support of the Government of South Australia and in association with the Ninth International Convention of Asia Scholars (ICAS9). She has recently developed a set of contemporary intercultural principles for an Australia that is increasingly enmeshed with Asia and searching for a new place in a multipolar world. Her essay, Intercultural Futures, is forthcoming in Griffith Review 55, State of Hope (2017).

Dr Joshua Neohis a senior lecturer and Sub-Dean (International) at the ANU Law School. He graduated with a Bachelor of Laws (First Class Honours and the University Medal) at ANU before completing a Master of Laws at Yale Law School and a PhD in Law at the University of Cambridge. Joshua is a philosopher of law and has published widely in the fields of Legal Theory, Philosophy of Law and Jurisprudence.

You appear to be using Internet Explorer 7, or have compatibility view turned on. Your browser is not supported by ANU web styles.
» Learn how to fix this
» Ignore this warning in future